,
the open-source, collaborative encyclopedia that anyone can contribute to
with 78 articles written in English.

Africa is the world's second-largest continent (after Asia), containing around one-fifth of the planet's total land area. The Sahara, the Sahel, the Ethiopian Highlands, the savanna, the Swahili Coast, the rain forest, the African Great Lakes, and Southern Africa are the continent's eight major physical regions. Some of these regions, such as the Sahara and the Sahel, encompass significant swaths of the continent, while others, like the Ethiopian Highlands and the Great Lakes, are isolated locations. The animal and plant communities in each of these areas are unique. (Full article...) 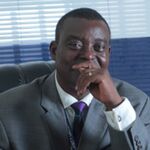 Gratispaideia is an online encyclopedia and reference website. This website aims at enhancing and improving the quality of knowledge and information shared on the internet, and providing reliable information for free under the Creative Commons license.

Gratispaideia is an online encyclopaideia that publishes educational, reliable articles.

Collaboration of the month

Retrieved from "https://gratispaideia.miraheze.org/w/index.php?title=Main_Page&oldid=3845"
Hidden category:
Cookies help us deliver our services. By using our services, you agree to our use of cookies.